The past year has — at least in part — been a story of how people and businesses have reinvented themselves to make the most of a terrible situation. The cancellation of live events and face-to-face interaction has changed the landscape of not only the economy, but our personal lives as well. And amidst all this chaos, it’s reassuring to see awesome people come up with creative solutions to weather this storm and have a vision towards life on the other side.

I got to see one such example, a tight-knit neighborhood of resourceful and passionate people, confront the cancellation of their most cherished event and a huge financial burden. And they’ve done this with an incredible spirit, one that’s been at the heart of their community for over 100 years.

Chomp & Stomp is a unique annual event made of an eclectic mix of 5k, chili cook-off, art, and bluegrass held on the eastside of Atlanta. And while on its face it’s a fun outing with friends, food, and beer, I found that it’s actually a celebration of the rare character of the Cabbagetown neighborhood that’s home to it, and the long history that forged their devoted community.

The annual Chomp & Stomp event begins with an early morning workout — a 5k race that winds around the Cabbagetown neighborhood to get you ready for a full day of chili tasting and music. A huge mixture of restaurants and amateurs come out to Cabbagetown Park to present over 100 different chilis to all the hungry attendees — an enormous group that grew to over 30,000 in 2019. The event is rounded out with a lively artist market made up of 70 local artisans and performances by as many as 20 bands across 3 stages.

What you might assume is just another food and beer festival organized by corporate sponsors is actually a 100% neighborhood-led event put on to benefit the vibrant community that surrounds it.

It’s clear to anyone who’s driven by that the Cabbagetown community is definitely interesting. Tight roads, non-existent parking, and colorful, early 1900’s bungalows let you know you’ve made it to the right place. Cabbagetown Park is at its center, and the story of how a group of neighbors banded together to take ownership — literally ownership of the place they call home, is at the heart of Chomp & Stomp.

The backstory on Cabbagetown

Cabbagetown was built as a mill town neighborhood for the workers of the Fulton Bag and Cotton Mill that opened all the way back in 1881. As one of the South’s first textile processing mills, it was highly successful through the turn of the century and at its height employed 2,600 people. But as many mill town stories go, it eventually succumbed to changes in industry and closed its doors in 1977 leaving much of the neighborhood in disrepair.

But the legacy of the mill left behind something else as well. The Scotch-Irish Americans that had come down from the Appalachians to work the mill had formed a semi-isolated community within Atlanta’s east side that was known for its resiliency. That spirit continues to live on through the few descendants whose families have lived there for over 100 years, and the modern transplants that embrace their character.

Throughout the 80’s and 90’s, an influx of artists and businesses breathed life back into the neighborhood. That revitalization built upon the deep history that resided there and made what today is a mecca for creativity and southern culture. Beyond the beautifully-quirky front porches, sidewalks, and picket fences, are the stunning works of art along Wylie Street, The Patch Works Art & History Center, and a fun mix of local businesses and eateries.

The closing of Grant Park Primary School in 1981 left an abandoned, 3.5 acre lot in the center of Cabbagetown that was at risk of outside development. The people of the neighborhood recognized the opportunity, and through the Cabbagetown Neighborhood Improvement Association, began lobbying the city government for redevelopment in 1995.

Through the multiyear process, the neighborhood obtained the necessary funding and ultimately formed the Cabbagetown Initiative Community Development Corporation, CICDC, as a non-profit to oversee the new development. The old building was finally removed in 2003 and construction of the park began.

Since the creation of the park, the CICDC has coordinated with the city to continue overseeing its maintenance along with that of a variety of community spaces throughout the neighborhood. And Chomp & Stomp, organized by the CICDC, has become the primary source of funding for all these efforts and its growing success has allowed for the beautiful green spaces we enjoy today. “The neighbors really care about it. It’s a small community but they really care about the history, they care about the green spaces,” said CICDC President, Kendall Rawls. “And they care so much about it because it’s what brings us together.”

In a year where gatherings like Chomp & Stomp were forced to cancel, the organizers had to innovate and find new ways to deliver on their annual tradition. Not only does the event supply the majority of funding for the non-profit, but it’s become a source of pride for the community. “It’s something that is so special to the culture of the neighborhood, so it was more about what we can do to honor the event,” said Kendall Rawls.

This year, the event began with a Virtual Romp 5k that laid out a route through Cabbagetown for those in the neighborhood, but encouraged everyone to participate wherever they were. A partnership with Reynolds, Makery & Pulperia raised money by selling work by local artisans. And Fox Bros Bar-B-Q along with Grindhouse Burgers sold chili and donated proceeds to the effort. Even the music was taken care of with a special playlist featuring Chomp & Stomp acts dating back to 2003.

To tie everything together, Chomp & Stomp worked with local designer Angela Aquino at Lightdaughter Studio to make a t-shirt design commemorating the unique event and we at UberPrints were lucky enough to get to print them.

The 2020 edition Chomp & Stomp merchandise featured quirky illustrations inspired by the times and printed in a fitting fall color palette. Getting up in the morning to run is hard enough, so to rally support for the virtual 5k, a second “Romp & Stomp” design was made with the slogan “We’ll take your word for it.” — the kind of humor befitting of the community.

When consulting with the organizers on what apparel styles and colors they were interested in, a few things stood out to me as important. First, because the goal is to raise as much money as possible, it was important to know the kinds of styles that would be most popular with their supporters. Feedback from the community told them they wanted a t-shirt, a hoodie, a tank top, a tote bag, and a longsleeve for the early morning 5k design.

Second, when you’re trying to sell merchandise — even just to raise money — you want something that people will actually want to wear and pay their hard earned cash for. I recommended this Jersey T-Shirt by Bella+Canvas, which just feels awesome. And we coordinated with other styles in matching colors, including an Independent Trading pullover and a women’s tank from American Apparel.

The outpouring of support for the merchandise was amazing. A tremendous number of people pitched in to fund the community and its parks, and at the same time, got a really cool piece of Cabbagetown memorabilia that they can wear around to show their support. It allowed those inside and outside of the neighborhood to feel a part of the community and have some of Chomp & Stomp to take home, even when the live event wasn’t possible.

The success of the 2020 Chomp & Stomp was a reassuring testament to the dedication of the community and its neighbors. But it’s very important to note that the loss of the live event still leaves them behind on a large tab to keep up the public spaces throughout the neighborhood, and threatens their ability to hold Chomp & Stomp this upcoming fall.

For that reason, the Friends of Cabbagetown Conservancy was founded to foster ongoing support and add new ways the CICDC non-profit is able to raise funds. A ton of amazing public resources fall under their watch: Cabbagetown Park, Community Center, Community Garden, and the wall of murals on Wylie Street. In the summers, they help fund Forward Warrior, an event curated by artist Peter Farrari that’s largely responsible for those incredible murals. And of course, Chomp & Stomp, which becomes a larger and larger undertaking every year.

There’s no doubt that Cabbagetowners are up to the challenge. “There is just an incredible passion and creativity from those that feel an ownership of the neighborhood,” said Kendall Rawls. And with the generosity of all those that cherish the town, we’re excited and optimistic to see what 2021 has in store. 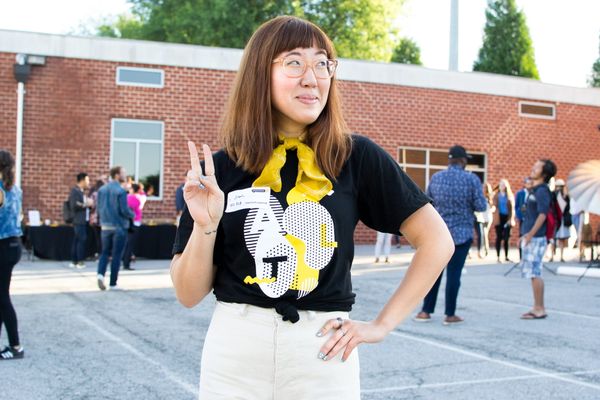 Discover the top tips we give businesses that are looking to make custom shirts for their company, tailored to the kinds of use-cases we see most. 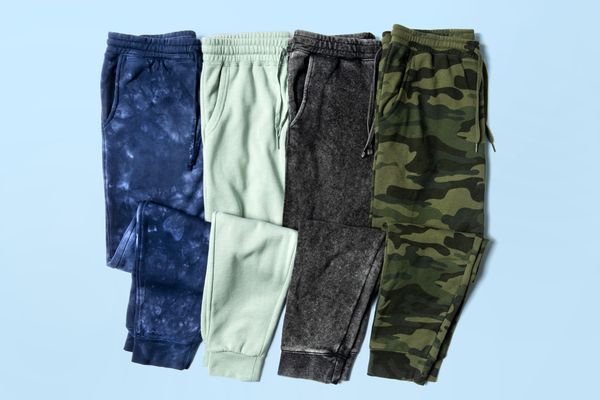 We list our top 10 popular t-shirt and apparel trends for 2021 gathered from the newest styles coming out today and the latest additions to our catalog.