For most, a bat encounter would be what Halloween nightmares are made of.  For Western Bat Specialist in Northern California, saving these misrepresented animals is all in a day’s work.

Chelsea “Batgirl” McCready created t-shirts with UberPrints for the bat exclusion service.  She gave us a peek into the bat world, and helped clear up misconceptions about the furry flying mammal.

What is the history of Western bat Specialist and what do you do?

We have over two decades of experience. Our bat experts have devoted much time to the study of bats, and we have contributed to various television specials about bats. Additionally, our founder had the privilege of appearing on a television special for Animal Planet, Twisted Tales.  Our Company has worked with and will continue to work with researchers and educators around the country.

During the last two decades, we have safely excluded colonies ranging from a few dozen to several thousand; from high rises, schools, warehouse buildings, electrical plants, apartments and single-family homes to hospitals.  All of this is done without trapping, killing, or harming bats.

We have had the pleasure of working on historical bridges and buildings including the Ahwahnee Hotel located in Yosemite Valley, a national historic landmark.

We work closely with conservationists and educate people daily on the benefits of bats!

What are the most common misconceptions about bats?

That all bats are scary and have rabies, which is not true! Bats are not anymore at risk of rabies than any other wild animal (racoons or feral cats).  The only way to know if it has rabies is if it is tested by your local animal control.

Because bats have such a scary reputation, we like to educate our customers in seeing how vital bats are for our eco-system. Bats, although they can make a big mess on your home or business, are extremely valuable.  Even acting as a natural pesticide eating up to 1,600 insects (including mosquitoes) as part of their nightly diet.

We love bats and we want to give our customers the opportunity to enjoy bats, not in their structure, but at a distance!

Do you have a busy season?

Yes, we certainly do! Because the seasons for bat work are limited, we have two very busy working seasons, in which the exclusion work can be performed.  So, our calendar books up very quickly!

Many bats are federally protected and we follow the strict guidelines put in place by the Department of Fish & Game.

We are unable to perform exclusion work during these two protected seasons:

Seasons depend on location and weather – Seasons can vary.

Do you rehabilitate or release the bats? Are they captured at all during the excavation process?

We do not rehabilitate or capture bats. If a bat is found hurt or injured we refer and recommend Norcal Bats in California! They love and care for our dear bat friends.

If bats are roosting in a structure our company will install exclusion devices allowing the bats to exit the structure naturally.  The Exclusion devices will not allow them to regain access, acting as a one-way door. Bats will exit on their own, in the evening when hunting for food and water. We have the knowledge of how bats travel in order to get them out safely. Then we seal the structure so the colony cannot relocate.

Bats are very tenacious and have been known to return to a roost for 20 + years. We want your structure to be bat tight!

How have the recent Northern California wildfires effected WBS?

The bats have been impacted by the loss of structures and smoke.

Yes, our Penn Valley Office was evacuated, and this was very scary.  As well, the employees that live in that area were threatened with losing their homes. However, we are happy to say the office and our employee’s homes were saved by our courageous firefighters.

However, many in our community lost their homes.  Many of the home owners we have done work for have been impacted and this has been tragic. We have as a company and our employees have been able to donate and give back to those who have lost their homes and those in need.

Our hearts go out to all victims of the wildfires. 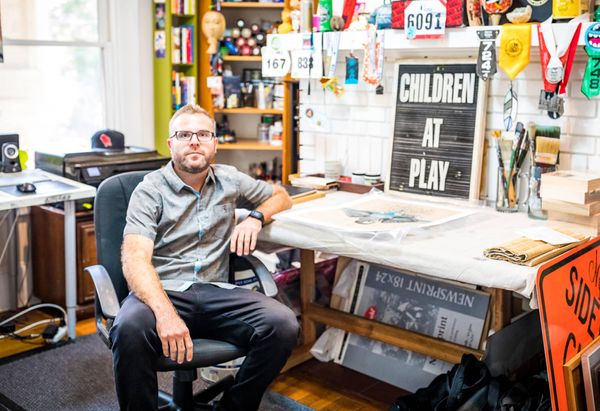 UberPrints is excited to announce our monthly local artist feature, the gARmenT project. The gARmenT project will focus on promoting Georgian artists and their work via a limited edition original